I am Bekah: a girl who appreciates the simplistic, but often finds herself in the complex. I like music and playing my violin, organic vegetarian food (wanna-be vegan), living healthily, and being barefoot. I am 85% introverted (thanks Meyers-Briggs: ISFJ), and I have a heart for children who do not have families. I suppose you can read a little bit of all of that on here. I strive to be: Honest. True. Real. Deliberate. Sincere. Find something we have in common and let's start a conversation!

As may have been made apparent in my lazy day post, I have a fairly straightforward “type A” personality (while being introverted, yes. It’s fun to be both of those things, I catch people off guard if they do not know me well). This plays in to a lot of areas in my life, one of the big ones being Time- I like to be on time, I refuse to be late.

Some dear friends of mine got married a few years ago, and I was involved in the festivities. I will never forget what the bride’s father said at the beginning of the wedding weekend while talking about the schedule to all of us playing a role in the day: “Early is on time. On time is late. Late is unacceptable.” I know that wasn’t the first time I had heard those words put together before. But when I heard them at that moment, it was all I could do to keep from jumping up and down and screaming because I had found someone like-minded (yes, that someone being the bride’s father). Those specific words have stuck with me day in and day out ever since.

When I am expected somewhere- if it is a matter of someone waiting for me- I am Always early. Being early gives me time to prepare for whatever it is that is about to happen; I am able to scope out what is going on in my surroundings. If I am meeting friends for dinner, this means I can get a table and choose the seat at the table that best faces the door. If I am going to an interview this means it may be noted that I am prompt. If I am arriving at my job it gives me time to sit back and breathe for another few minutes before working. If it is rehearsal with other musicians, I then have time to tune my violin and warm up.

I have never been to a job interview less than 15 minutes early (at which point I wait in the parking lot and then make my presence known 5 minutes before the interview is scheduled). I leave for work every day at exactly the same time. Most days I get to work 15-20 minutes early and I wait until 8:58 and then walk into the house. I leave myself so much time because of the darned traffic here in this city. There have been days when I’ve arrived and had only enough time to park my car and get into the house at 8:58am. But Never any later than that.

Now, if it is a large social situation, it is the opposite for me. Unless I am hosting a party (rarely happens), I am a good half an hour late, typically. I allow myself more leeway for a few reasons-

1. I am not good in large social situations, nor do I particularly enjoy them.
2. People rarely arrive at parties early, and if they arrive on time, they are normally the only ones. I do not like to be the only person present at a party. It makes need for small talk. I do not like small talk.
3. I can arrive unnoticed, most of the time, if I am late. Then I can find a couch or chair in the corner of the room and do what I do best- observe. Observing is my favorite form of engaging in social activity.

However, if said social situation is starting at a specific time for a reason other than “let’s get together and eat food and maybe eventually play games or watch a movie,” like perhaps a surprise party, or a get-together with a purpose where everyone realizes that timeliness is necessary, then I go back to my “early is on time, etc.” mantra.

I was privileged to spend two weeks in Northern Ireland at the beginning of August, and one night we were all at a get-together  to meet my brother-in-law’s very large extended family. The festivities were due to start at 8pm. We arrived around 8:45, I believe. Late, yes, but at least I already understood two things:

1. This is how my sister and her husband work, most of the time.
2. This seems to be the Irish way of thinking to begin with.

And then I got to talking with Ted, my sister’s father-in-law, after meeting one of his sisters. I either apologized for being late or at least made reference to it (it wasn’t in my control anyway), and Ted laughed at me. He pointed to his sister. “She got here at 7:45! The house was dark! My wife and I were not even here yet!” (Ted is one of 12 siblings, or some other large number. His youngest sister was the one who got to the party at 7:45. Not a single other soul, including the hosts, arrived at the house until at least 8:15pm, if I am not mistaken.)

WHAT?! The hosts of the party were not even at their house 15 minutes before it was supposed to start? It wasn’t like they just needed people to arrive. They had food to put out and tea to make and other sorts of get-together things to do.

I laughed with Ted and his sister, and then explained to him my way of thinking, which seemed to be his sister’s way of thinking. “Ted, what do you think if I say ‘Early is on time, on time is late, and late is unacceptable?'”

Lots of chuckling. That’s what he thought.

“You mean to say, Bekah, that getting somewhere early is a benefit?” … more chuckling.

“Well, Ted, how would you phrase that statement?”

He pondered for a moment, and then threw out this re-phrasing: “Early is unnecessary, on time is early, and late is on time.”

So there you have it- a clashing of cultures, or perhaps just personalities. I can appreciate it. But I cannot implement it.

What are your philosophies for being on time? How have you found it in other cultures? How has this been a problem? How has it been a good thing?

Last weekend we took a short drive to Tollymore Forest- a whimsical place where C.S. Lewis spent a lot of time and found some inspiration for the Narnia series. It is one of my favorite places here, and I was so happy to go with the little ones in my family and see their reactions to this place that I love. It was such a beautiful evening that as we passed the windy gap on the way, we could see clear to the Mourne Mountains because of how blue the sky was. The evening got darker as we walked through the forest, so my pictures didn’t turn out great, but here is a small selection. Enjoy! 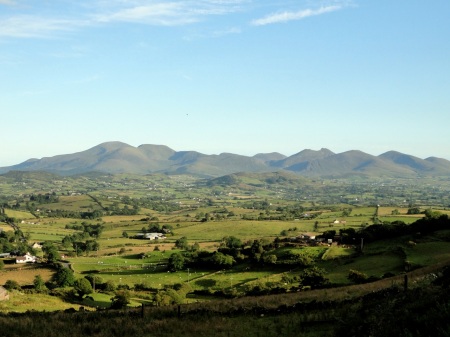 the windy gap- on the way to Tollymore 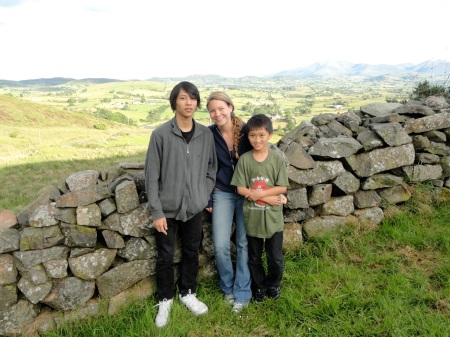 two of my brothers and I at the windy gap 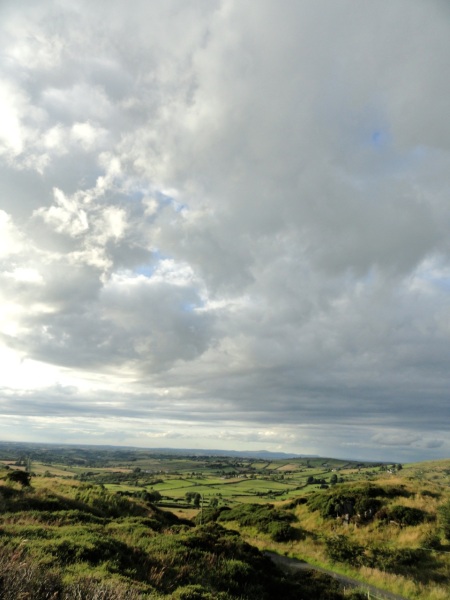 looking the other direction towards Belfast 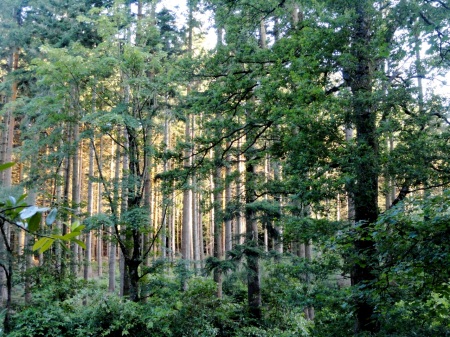 And arriving at Tollymore – I loved the light shining through the trees. 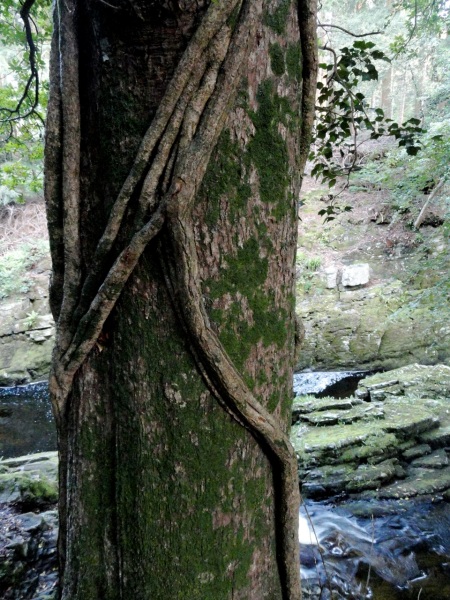 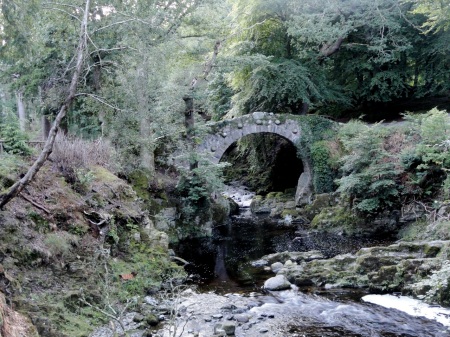 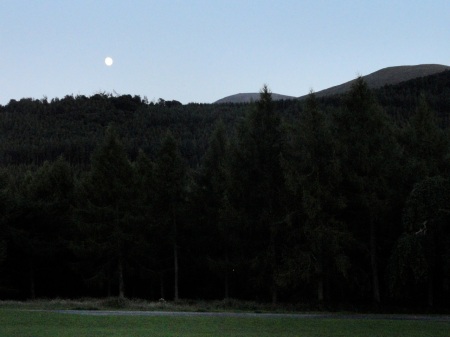 The moon over the Mournes.

Safe travels overseas led to a then lovely trip up to the north coast of Northern Ireland. Carrickfergus Castle, Dunluce Castle, White Rocks Beach, and Giant’s Causeway were on Saturday’s agenda. It is so nice to be exploring this countryside again- and this time with my entire family! 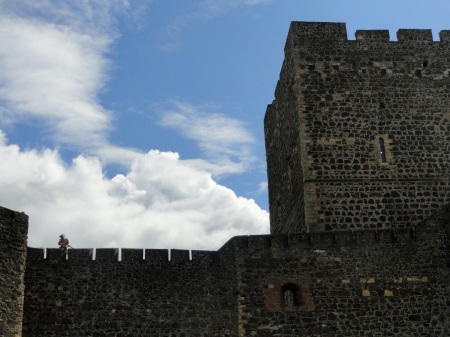 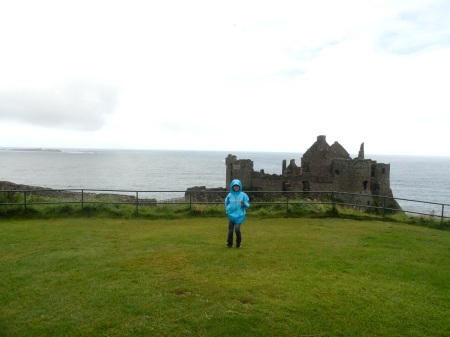 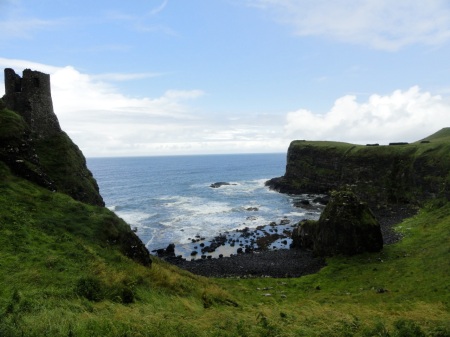 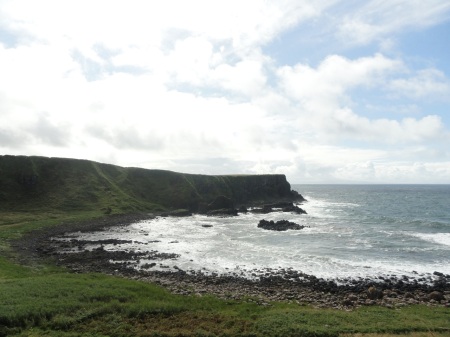 Walking down to Giant’s Causeway 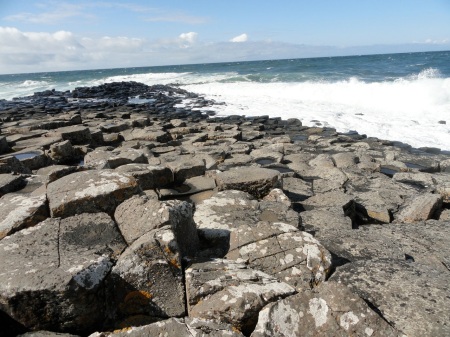 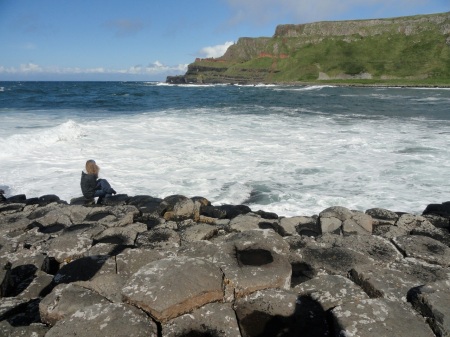 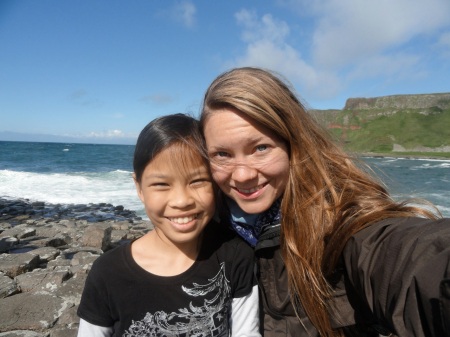 my sister and me 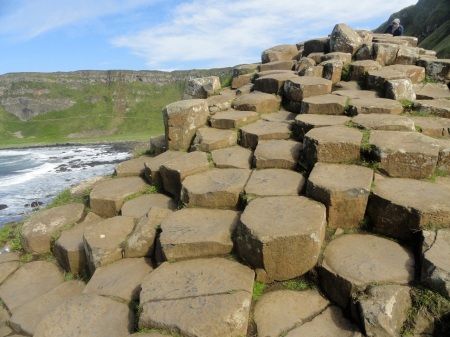 More of the Causeway 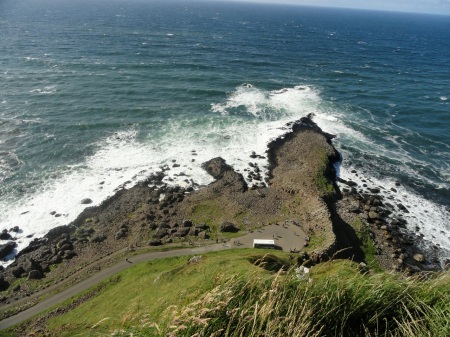 Looking down on the Causeway (quite the hike!) 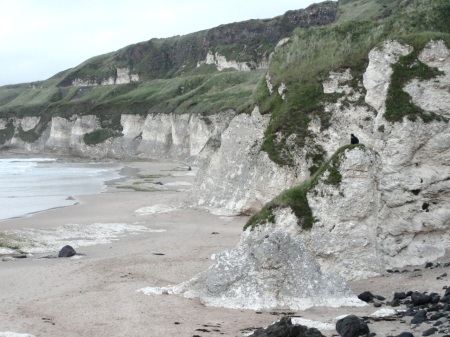 Levi at the top of a rock- he’s a mountain goat! (White Rocks Beach) 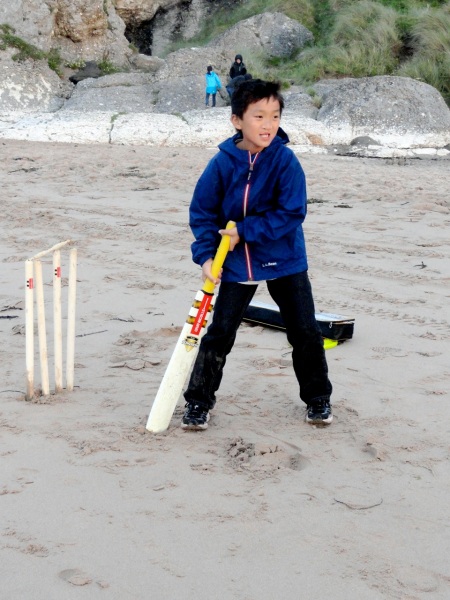 Learning cricket on the beach. 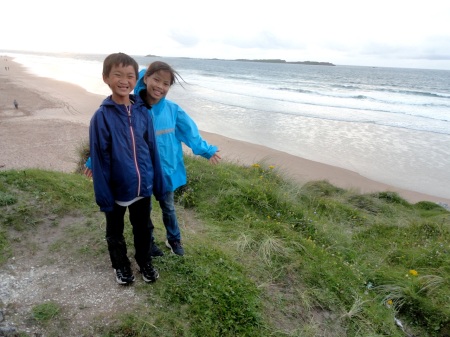 Siblings on the rocks. 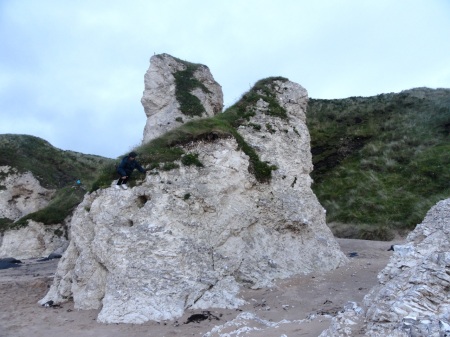